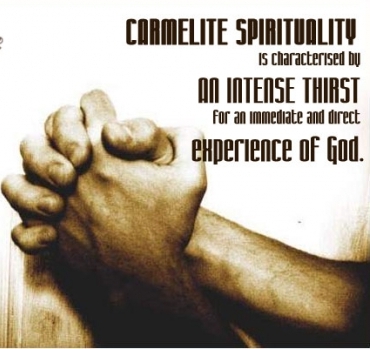 The Congregation of the Carmelites of Mary Immaculate (C.M.I) had its beginnings in the first half of the 19th century. When two zealous priests, Fr.Thomas Palackal and Fr.Thomas Porukara of the Vicariate Apostolic of Verapoly in Kerala, sought to live in retirement and prayer, their Ordinary, the Vicar Apostolic, Bishop Maurilius Stabilini advised them to found a religious house so that they might do good to the people in the world too. This was in 1829 A.D.

On May 11, 1831, a small house was started at Mannanam in the Travancore State. Some more priests and clerics joined the Founding Fathers, and thus a small religious community took shape. St. Kuriakose Elias Chavara, who was a devoted disciple of Fr.Palackal, had associated himself with the religious community from its very beginning. On December 8, 1855, the religious congregation was canonically erected. Since then the name of Mary Immaculate has been invariably attached to the title. St. Chavara, the only surviving founder, was appointed the first Superior of the Congregation.