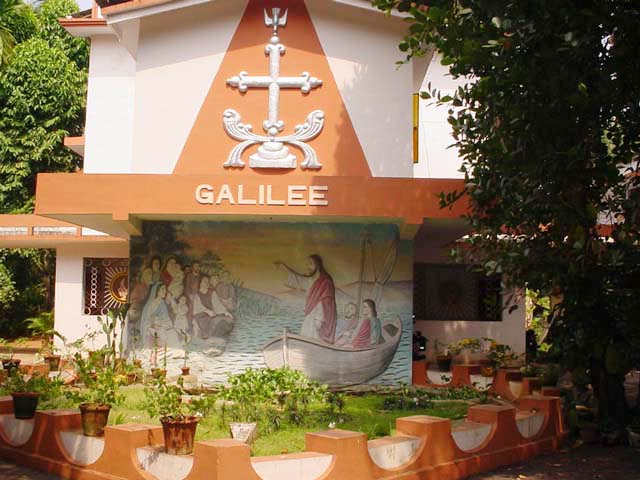 “Galilee” was an idea materialised in the year 1977 as a Centre for Biblico-Religio, Socio-Media training and updating, aiming at social change and personal refinement based on Gospel values. The Centre was named ‘Galilee’ as it was in and around Galilee that Jesus did His works of redemption as the vivid expression of the ‘Mystery’ re-written in history.
The present site of 5 acres of land was bought in 1977. In the beginning the centre was known as B. R. F. (Biblical, Renewal and Film) Centre. For a short time Galilee functioned as three institutions, namely, 1. Galilee Institute of Psychology, 2. Galilee Social Institute, and 3. Viswavidhya Peedam, under the director of Galilee.
Today Galilee offers short courses in Gospel values, Biblical spirituality, social psychology, Eco-spirituality, Interfaith fellowship, Faith and justice, spirituality of struggle etc.
Established in 1990, Institute of Family Counselling (IFC) started functioning initially at Patturaickal. It was then shifted to the premises of Galilee in 1994. People from all walks of life have benefited from the institute since 1990.