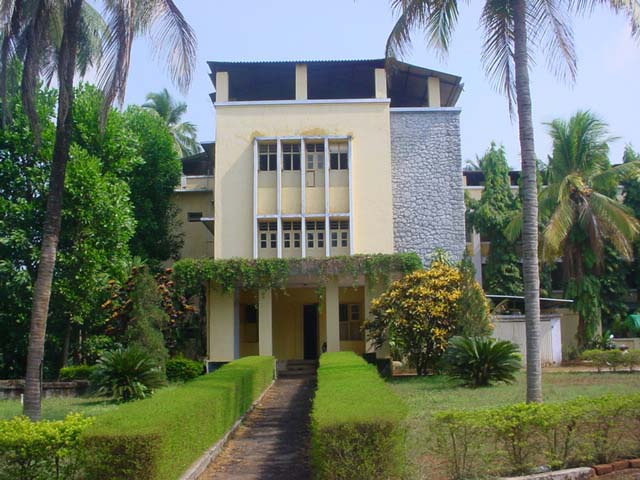 In response to the pressing request of the local people for a college, we started the Christ College at Irinjalakuda in June 1956. Our fathers were put up in a small house close to the College. Christ Monastery was founded in 1957 and canonically erected in 1960. Only a small portion of the monastery building was occupied by the fathers and the remaining portion was used as hostel for the students. In 1964 the fathers moved to the present monastery building, leaving the previous building for hostel. The expenses for the monastery building were met by St. Theresa’s Monastery, Ampazhakad.
For the construction and development of the college, a College Committee was formed by the people of Irinjalakuda. They donated a considerable amount, and several houses of the province contributed generously. Moreover 17 acres of land was given on lease by the Government with the recommendation of the municipality. Among those who have laboured for the starting and progress of the college special mention has to be made of Sri. K. L. Francis, Engineer Sri. Paul Pothan, Bishop Clemens and Rev. Fathers Seraphim, Dismas and Gabriel. At present Christ College imparts instruction in Graduation, Post Graduation and B. P. E.
Snehabhavan (Christ Craft Training Centre for the Handicapped poor boys), a centre for training and rehabilitation of orthopaedically handicapped, was started on July 16, 1970. Fr. Dismas was the inspiration and master mind of this project which he dared to begin at the time of his retirement as Professor of English and Vice Principal of Christ College. In 1974 it was registered as a charitable society. Supported and helped by the Monastery as well as the public, especially Fr. Ralph Linse of Germany. Snehabhavan extended its help also to the deaf by starting an Industrial Training Centre and a hostel for them in 1980. I. T. C. stands as the second of its kind in India. Now Snehabhavan is having one I. T. C with different trades and one V. T. C.
Catholic Centre, in the heart of the town of Irinjalakuda, was started in 1975, with the intention of guiding and leading the youth to a Christian and value based society. The various departments as Elders Forum, Youth Club, Reading Room, CASP, Computer Centre, Graduate studies, Entrance Coaching Centre, Health Centre, Indoor Stadium etc. are engaged in achieving the high ideals of Catholic Centre.
Christ Vidyanikethan, a school following the ICSE syllabus was started in June 2002. A multi purpose indoor stadium was inaugurated in the year 2010.
Christ College of Physical Education: Christ College applied for a B. P.Ed. course. But Government has sanctioned the course under a different Institution, Therefore, a separate Institution, Christ College of Physical Education came to exist in 2011 for B. P.Ed course.