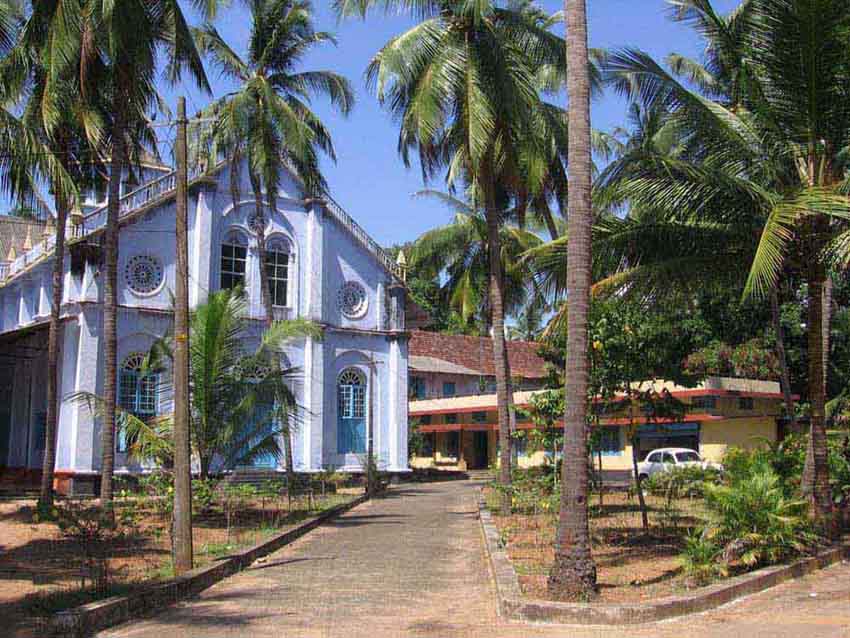 St. Thomas Monastery was founded in 1890, canonically erected in 1895 and raised to the status of a formed house (Priorate) in 1908.
During the schisms of Rockos and Melus a good number of Catholics in the northern parts left the Church and joined the schism. This was considered to be due to the absence of a Religious house in those areas. It was this idea that inspired the foundation of the house at pavaratty.
The high school was started in 1905 under very adverse circumstances, facing strong oppositions from the Basel Mission and Board Schools at Chavakkad. It was due to the influence of Fr. Celestine Kodankandath that the school was granted Government recognition in 1908. Till 1913 both boys and girls were admitted to this school.
In 1907 a catechumenate was opened. In 1940 a Secondary Training School and in 1953 a weaving school were started. Both of which were closed after a few years. Two boarding houses, one for Christians and the other for the Hindus, were started in 1942 and continued till 1947.
An Aspirants’ House was functioning here from 1912 to 1946. It was then shifted to Elthuruth. In 1976 the Aspirants House was brought back here and continued till 1985. A Boys’ Home was started in 1970. Plus-Two section was started in St. Josephs High School, in 2000, with 2 batches in Biology 1 batch in Computer Science 2 batches in Commerce. The Plus-Two school was formally inaugurated on 13-01-2001. The institutions at pavaratty owe a big debt of gratitude to Rev. Fathers Athanasius Payyappilly and Seraphim Arimboor. St. Josephs Training College was started in June, 2005 during the centenary year of the school. The NCTE granted NOC for TTC in Feb. 2008 and started TTI in 2011. St. Joseph CMI School (CBSE) was started in 2013.