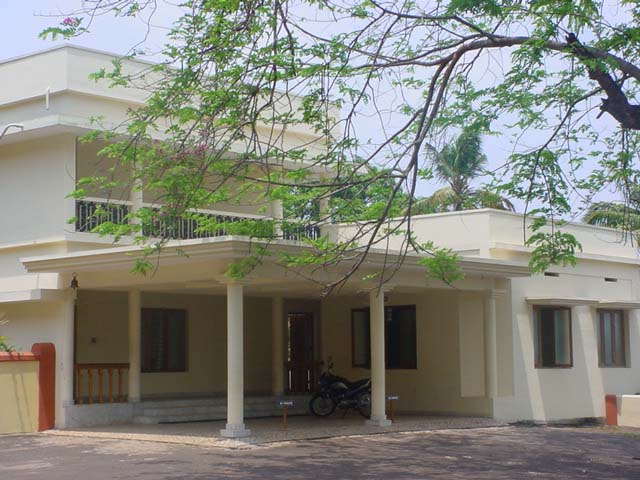 The generous contribution of land by the late Sri. Ittoop Kanichai paved the way for starting a monastery at Kottackal (Ampazhakad) in 1868. Our Founder St. Kuriakose Elias Chavara and the Italian Carmelite missionary Fr. Leopold O. C. D, along with Bernardine, the then Archbishop of Verapoly, were intimately connected with its foundation. The monastery has largely contributed to the spiritual as well as temporal uplift of the poor people living around it.
This house was the common Novitiate for the whole Congregation from 1889 till 1957 when each Province set up its own Novitiate house. Now it functions as the Novitiate House of the Devamatha Province. In 1978 the Novitiate House was bifurcated from the Monastery to be an independent institution with its own canonical Superior. In 1981 the administrational set up was reconstituted with the Novice Master as the canonical head of the House. In 1984 it was again reconstituted according to our Constitution (C. 97b) and Novitiate became a dependent institution.
The Forty Hour Adoration of most Blessed Sacrament was started for the first time here in 1904 offering spiritual benefits to a large number of people. Taking into account the needs of the local people a parallel college was established in 1976. From 2013 a self finance – St. Theresa’s Arts and Science College is functioning here. The Monastery Church was raised to parish Church in 1998. The tomb of Servant of God Fr. Canisius is kept in the Monastery Church. Every Thursday is a day of Prayer and recollection here for the cause of beatification of the Servant of God.
Brother Paulose Chakyath, who died here in 1925, deserves special mention for the untiring labour for the improvement of a coconut grove at Mullamkuzhi, which has become a considerable source of income for the institution. The Monastery did a great deal for the uplift of the poor around our house. In 1978 a big scheme of umbrella making was started in the monastery and this paved way for the establishment of Snehagiri Project and the parish church.